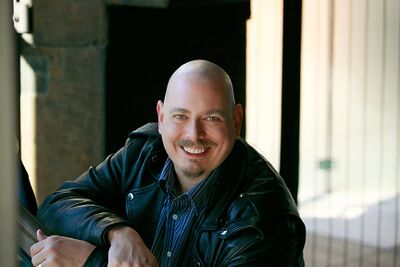 Allan Hurst (12/14/60-) is a dancer, caller, and writer who lives in Sacramento, California. He's been dancing since 1995, calling since 1997, and has attended every convention since Stars, Thars & Cable Cars in 1996. He is a member of multiple clubs.

Allan was born and raised in Chicago, moved to the San Francisco Bay Area in 1981, and is a member of the Bay Area clubs El Camino Reelers, Foggy City Dancers, and Midnight Squares, the Vancouver BC club Squares Across the Border, Chicago's Chi-Town Squares, and a founding member of Salt Lake City's Temple Squares. He is also a member of Heads to the Center.

To say that Allan is heavily involved in GLBT square dancing would be putting it mildly.

Aside from dancing sporadically with all of the above-named clubs, he administered Midnight Squares, edited The Call Sheet, was on the 2017-2019 board (and is on the 2019-2021 board) of El Camino Reelers, is the IAGSDC Representative for the Gay Callers Association, and runs the IAGSDC History Project. Allan qualifies as a Coffee Overachiever of square dancing.

In mid-April, 2022, Allan and his husband Randy moved to Sacramento, California, where Allan joined Prime 8's and Capital City Squares, and calls on an irregular basis for several local clubs.

He started dancing with the El Camino Reelers in their 1995 class. He graduated at Plus level, and attended his first convention in San Francisco in 1996, Stars, Thars and Cable Cars.

Allan dances up through C1. Allan graduated from a C2 class with Midnight Squares in 2010, but has not danced C2 very much since then.

Allan started learning to call in 1997, at the GCA Caller School held that year in conjunction with the IAGSDC Wheel & Deal convention. He has also attended GCA Caller Schools in Portland, Los Angeles, San Diego, and Anaheim, plus two of Ken Ritucci's Norcal Caller Schools held in Sunnyvale, California in 2009 and 2010.

Allan presently calls Basic, Mainstream, Plus, A1, A2, and C1.

He has no regular calling gigs, and performs mostly at local club nights (in Sacramento, he fills in at Prime 8's and calls periodically for Pear Steppers; in the Bay Area, he called occasionally for El Camino Reelers, Foggy City Dancers, Western Star, and Midnight Squares), fly-ins, dances (El Camino Reelers, Chi-Town Squares), during GCA tips at IAGSDC conventions, and at non-IAGSDC clubs (such as American Squares in Homewood, IL).

Allan is a member of both the Gay Callers Association and CALLERLAB.

In 2018, Allan moved from ex-officio to official GCA board member status when he was elected to the position of IAGSDC Representative for the GCA. Allan later moved back to an ex-officio board member when the GCA adopted a new set of bylaws. 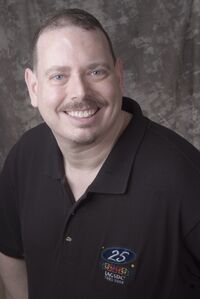 Later, Allan joined Midnight Squares as his dance interests gravitated towards Advanced & Challenge levels. Eventually, Allan became a Midnight Squares' Club Administrator, a duty he shared with Ed Ziegler. Allan resigned from his position during his IAGSDC Hiatus in 2011, but maintained his membership with the club.

After frequent visits to Vancouver, BC every year over (American) Thanksgiving weekend, Allan joined Squares Across the Border, maintaining a membership with them for many years.

In 2001, Allan's father died suddenly, necessitating Allan's part-time residence in Chicago to help his mother. During that period, Allan joined Chi-Town Squares, where he is still a member.

In 2008, after spending many years going to Salt Lake City for business trips, Allan assisted Ross Lopton and Justin Crawshaw in forming Temple Squares. Ross & Justin and Ross' daughter Ashley had moved to Salt Lake City, and decided to form a GLBT square dance club there. Allan & Ross called 10-minute demonstration tips at 2008 Utah Pride to attract potential students and club members. Well over 100 names were gathered, and Temple Squares started its first class in the fall of 2008.

In 2010, after a bit of prodding from Rick Hawes, Allan became a member of Heads to the Center. His HTTC faux-French club name is "Ecumé", which Rick intended to be translated as "Bubbles".

A member of the Gay Callers Association since 1997, in September 2006, Allan volunteered to become editor of the Call Sheet, which he changed from a basic 4-to-8-page newsletter into a professional journal format.

His intention was to position The Call Sheet as an authoritative source for square dance calling technical information to both the LGBTQ+ and straight calling communities. Allan enlisted Pam Clasper's assistance in distributing free copies of The Call Sheet at CALLERLAB conventions, to build awareness of the GCA and IAGSDC within the larger (straight) CALLERLAB community.

In 2018, after many years of being an ex officio board member, Allan ran for and was elected to the GCA Board as the organization's IAGSDC Delegate.

It was in 2017 that Allan was “voluntold” to present on the topic of "E-Communications", which proved to be popular enough that he was asked to repeat the session in 2018 and 2019.

Allan was a frequent contributor to SquareUp! Magazine starting around 1997, continuing until the publication's closure. All of the articles he originally wrote for SquareUp!, plus many more, can be found on his website at http://www.danceinfo.org

Except for the GCA Call Sheet (available on the GCA website only to members), all of Allan's published square dancing writing can be found online at http://www.danceinfo.org/

Shortly after taking on the editorship of The Call Sheet, Allan became interested in gathering and preserving IAGSDC history, starting with an electronic reproduction of the 10 Years book. This led to the IAGSDC History Project's creation.

In 2007 and 2008, between Denver's Red Rocks and Purple Mountains and Cleveland's Touch A Quarter Century IAGSDC conventions, Allan underwent 48 weeks of treatment for Hepatitis C.

The treatment, which at the time involved 48 weeks of chemotherapy using alfai-interferon and ribavirin, left Allan partially incapacitated for long periods of time. During this period of time, he continued to produce the GCA Call Sheet and work on Ten Years IAGSDC Digital Edition, partially out of stubbornness and partially due to extreme boredom from long periods of home confinement.

Ultimately, the 2007 treatment was unsuccessful. However, Allan underwent a third-generation treatment for Hepatitis C in 2014, which was successful. He documented his Hep C treatment journey at https://hepatitis-c-log.livejournal.com/

In July and August of 2018, Allan migrated the History Wiki from its original (then 8 year old) GoDaddy hosting account to a newer cPanel-based hosting account (also at GoDaddy). This migration involved upgrading the wiki's MediaWiki software itself, which had evolved to require a set of newer software environments such as PHP and MySQL than the original version of MediaWiki used for the History Wiki. The migration, as Allan described it, was "long, involved, messy, and hideously painful in nearly every aspect." (Pam Clasper and Debbie Ceder only remember Allan swearing a lot.)

Immediately following the Atlanta Convention in 2011, Allan took a hiatus from all IAGSDC activities. The hiatus was taken in order to care for and move his then-80-year-old mother Sally from Chicago, IL to the San Francisco Bay Area, where he placed her into a series of Assisted Living facilities appropriate for her rapidly progressing dementia.

This included resigning from administering Midnight Squares, editing the GCA Call Sheet, and nearly all dancing and calling.

Allan's mother passed away on 7/2/14, the day before Salt Lake City's convention, Squeeze The Hive.

Allan's experiences supporting a memory-impaired loved one are documented online at https://memorycare.dreamwidth.org/

Return to IAGSDC Activities in 2014

In April of 2014, with his mother's medical condition winding down in hospice, Allan resumed editorship of the GCA Call Sheet, and began actively working on the IAGSDC History Wiki again.

His principal task was to create a new master recruiting/retention plan for the club, loosely based on [Chi-Town Squares]' "Way Forward" plan.

Because of his pending move to Sacramento with Randy, Allan declined to run again for the ECR board.

In 2013, Allan joined a committee organized by Rick Hawes to create a bid for the 2017 IAGSDC Convention, selecting Minneapolis, MN as the host city. The group called itself "The Shadow Committee", as it was a group formed of members of at least three different clubs (not counting Allan's multiple club memberships), and was intended to supply the IAGSDC with a bid in the event that no club made a convention bid. The Shadow Committee's 2017 bid lost out to [[Palm Springs].

The Shadow Committee subsequently designated itself as being run by Heads To The Center, originally Portland's Advanced/Challenge club, and now a "virtual" square dance club made up of members from many cities. The committee submitted convention bids to the IAGSDC for 2021 (Houston, TX) and 2022 Minneapolis, MN, both of which were accepted.

Allan served on the committees of both the Houston and Minneapolis conventions as chair of communications and volunteers. 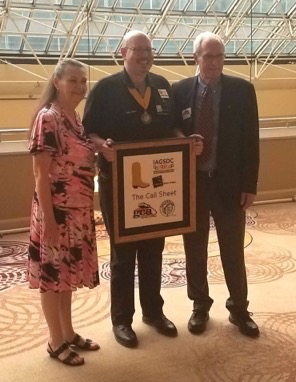 On July 5, 2019, Barry Clasper and Pam Clasper passed on the Golden Boot Award to Allan, along with a beautiful 20-stitches-per-inch cross-stitch piece illustrating his accomplishments with the IAGSDC, GCA, Call Sheet, IAGSDC History Project, and CALLERLAB.

Retrieved from "https://iagsdchistory.mywikis.wiki/w/index.php?title=Allan_Hurst&oldid=25518"
Categories:
Cookies help us deliver our services. By using our services, you agree to our use of cookies.