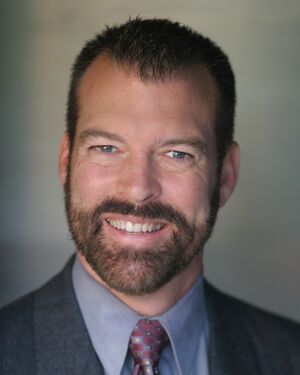 Paul, a third generation Californian, first became interested in square dancing during his senior year in high school when he took a beginner's class with the Conejo Swingers, a teen club in Thousand Oaks. Although the class started in February 1972, he decided to try his hand (voice?) at calling, and started a calling class the following December a scant nine months later.

Dancing has always been an important part of his life. Over the years this has included participation in international folk dancing, square dancing, round dancing, international style competitive ballroom dancing, clogging, contra, and western. Coming close to completing 24 years of calling, Paul calls through C-2 and dances through C-3A. Presently he teaches the beginners's class for the Tinseltown Squares of Los Angeles and the See-Me Squares of Simi Valley and calls dances for local clubs and out-of-town engagements.

When not calling or working, Paul likes keeping up with personal computer technology, doing step-aerobic classes to hold off the ravages of time, collecting interesting friends and generally enjoying life to the fullest. Welcome to "Bawlmer," Paul! We're glad to have you for Crack the Crab![1]

In 1998, Mike Staples and Ric Gonzalez presented Paul with the Golden Boot Award.
In 1999, Paul presented the award to Darrell Ertzberger.

Retrieved from "https://iagsdchistory.mywikis.wiki/w/index.php?title=Paul_Waters&oldid=25130"
Categories:
Cookies help us deliver our services. By using our services, you agree to our use of cookies.