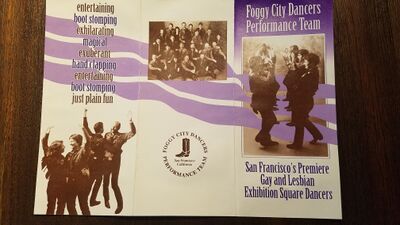 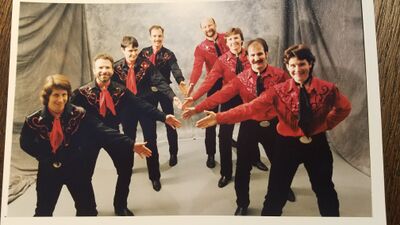 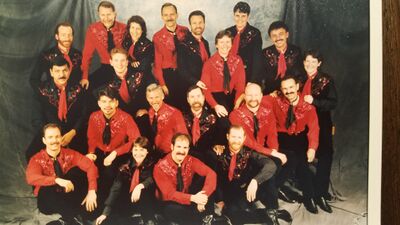 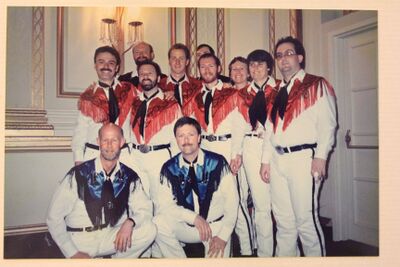 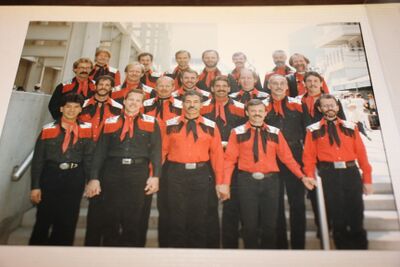 The Foggy City Performance Team was a sub-group of the Foggy City Dancers club in San Francisco and traces its roots back to the original Foggy City Squares and Skip Barrett's days.

Several IAGSDC clubs had performance or exhibition teams in the 1980s and 1990s, and there were several "performance only" groups also associated with the IAGSDC.

The group was under the leadership of choreographer Steve Browning, and various team captains.

The group performed at IAGSDC conventions, gay rodeos and fundraisers around San Francisco.

A core group of members participated in Pink Triangles in Red Square in 1993.

Retrieved from "https://iagsdchistory.mywikis.wiki/w/index.php?title=Foggy_City_Performance_Team&oldid=14424"
Category:
Cookies help us deliver our services. By using our services, you agree to our use of cookies.