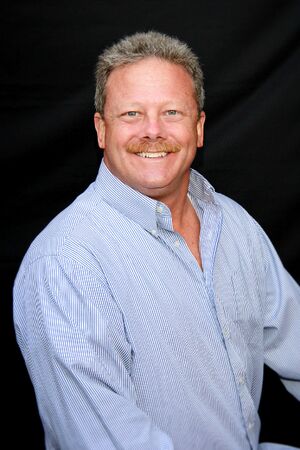 Pat began square dancing in 1977 with his parents. In June 1980 the club he danced with had an Amateur Callers' Night, and though Pat was scared to death, he was clearly hooked.

A pianist since age six, Pat arranges all of Shakedown Records' music and does most of the music heard on the records. Pat calls over 250 dances a year, including California and national conventions. He loves calling and singing to modern music His goals include increasing the number of younger dancers by erasing old stereotypes showing people that square dancing has modernized and is an entertaining pastime.

A firm believer in teaching all-position dancing, Pat has been calling for the Ruffles 'n' Beaus of San Diego for eighteen years, the Ramblin' Rogues of Orange County for four years, and the Finest City Squares of San Diego for two years. He has called in Canada and Japan as well as the United States. Pat has just released an album of original music, Life Stories, for which he sang the vocals and played nearly all the instruments. Please visit his website http://www.patcarnathan.com.[1]

Retrieved from "https://iagsdchistory.mywikis.wiki/w/index.php?title=Pat_Carnathan&oldid=26104"
Categories:
Cookies help us deliver our services. By using our services, you agree to our use of cookies.