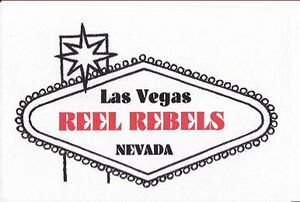 Admitted to IAGSDC: 24 May 2010 as Associate Member

History: It was July 2006 at the International Association of Gay Square Dance Club's annual convention in Anaheim, California where three seasoned Las Vegas dancers began their quest at forming a local gay square dance group. Dale Bottoms, John Carpenter and Ed Klein met for the first time and joined forces in the hope that they would begin a group that would enjoy the high-energy and fun activity that gay square dancing makes possible. The Neon Squares were not dancing and no other gay club existed in Las Vegas. That void was about to change.

With the help of several people including William Bordeaux, who was part of the now defunct Neon Squares and the straight square dance community, a new gay square club was born. Hard work by Dale and Ed, recruiting possible dancers, lead to the first class which began in early October of 2006 following the introductory sessions. The new dancers spent their Wednesday evenings learning to square dance in the lobby of the Nevada SPCA, (where we still dance today) and ten of them successfully completed the first level of dancing in April of 2007.

Retrieved from "https://iagsdchistory.mywikis.wiki/w/index.php?title=Reel_Rebels&oldid=21157"
Category:
Cookies help us deliver our services. By using our services, you agree to our use of cookies.