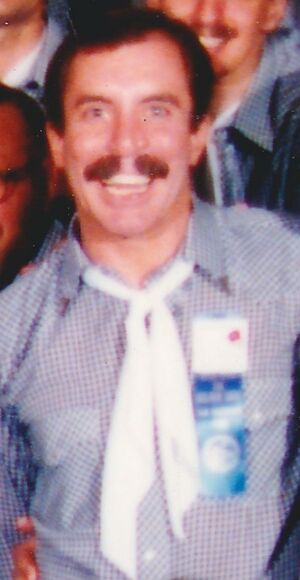 Patrick McFarland, a club member in the original class of Times Squares, passed away on Monday, January 17th, at his home in New York.

Pat was most active in the early days of the club. He was a member of the first board and also co-chaired the 1989 New York convention “Peel the Apple”. Although Pat had not been dancing in many years, he cherished the friendships that he made through dancing.

A memorial service will be held in New York City at a later date. He will be greatly missed by those who knew and loved him.[1]

Retrieved from "https://iagsdchistory.mywikis.wiki/w/index.php?title=Patrick_McFarland&oldid=22626"
Categories:
Cookies help us deliver our services. By using our services, you agree to our use of cookies.