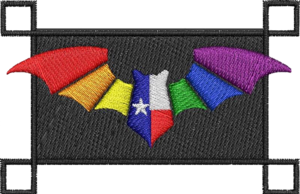 History: The Lone Star Lambdas was founded by seven adventurous individuals in the summer of 2005. This enterprising group notified other experienced dancers of the club’s creation and extended invitations to join. The inaugural mainstream class to recruit additional members began September 2005 with ten students. Those individuals who completed the class graduated December 2005.

The club’s bylaws were adopted by the initial membership in October of 2005, and the first officers were elected in December of 2005.

Classes: The club has offered both mainstream and plus classes, traditionally limited to one class per year.

Retrieved from "https://iagsdchistory.mywikis.wiki/w/index.php?title=Lone_Star_Lambdas&oldid=23154"
Category:
Cookies help us deliver our services. By using our services, you agree to our use of cookies.