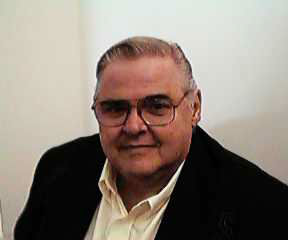 Lloyd and his wife Barbara live outside Louisville, KY. Sparky has been on staff at the American Advanced and Challenge Convention and co-sponsors the Heartland Jubilee in November each year. The Heartland is Sparky's pride and joy with emphasis on fun and a good dance level. Nothing supersedes Sparky's love of square dancing and the delight he experiences when he can help a dancers open their minds to the wonders of different formations. Sparky feels that each dance should be fun, but that callers should try to extend the knowledge of the dancers each time they call. So if you are attending a dance and you hear "Do it from where?" or "I didn't know you could do that call from those places! , you can be sure the caller would be Sparky.[1]

It is with great sadness that we, in the square dance world, have lost two of the most kind, dedicated square dance leaders in Lloyd (Sparky) and Barbara Sparks. Barbara, though contracting COVID, died from complications due to diabetes. And Sparky, after a long fight, died from COVID.

Sparky and Barbara ran the Heartland Jubilee in the Cincinnati area for years. Sparky was my right-hand in supporting sqmp3Gold since the early 2000s. I will miss him and Barbara dearly.

Well, Sparky has left the building… his voice is silenced and we are missing another of the Baby Boomer generation that enjoyed the simpler things in life…. And the center stone of our family.

He departed from us last week, poetically on Barbara’s Birthday (and the Marine Corps), ending his battle with COVID and getting old. In those last days I know the thing that hurt him the most was not being able to talk to us and impart to us some wisdom and humor. I know he wanted to sing out and belt a tune from some country song, but at last he was robbed of his voice and ultimately so were we.

We are going to wait until we can lay him and Barbara together in a hill overlooking a small pond. We have the perfect place. He left us knowing that Barb and his kids will someday lay next to him and I hope that made it easier for him to go.

I think back to all he has given us… not only things like a place to live and material items, but the laughter, the music, the square dancing, the poker playing and of course a small bit of politics here and there. He was so proud of his service in the Army, his election to office in Oldham and his leadership of a dying art of square dancing, but most important he was proud of his family.

He loved to remember his days on the farm… let’s face it he was a country boy…, his roots in Kentland, his youth of playing football, his years of selling cars (and so many other things), the freedom of riding his motorcycle, being a part of the community with Barb in their shop (oh so many different shops) and the opportunity that gave him to be close to B and his grandkids.

He loved to fix up cars and fix up people by helping them more than he helped himself. Man he hated getting old mostly because that prevented him from being the one to fix everyone’s problems. He didn’t want to be a burden on others and in the end he went out fighting the disease and ending his burden.

When I look at it, I realize, he was my best friend. I know that every day I will hear a song or see something that reminds me of him. I will pick up the phone and start to dial his number before I realize he can’t answer… …What I wouldn’t give for another night of chatting with him.

Peace my Father and Keep on singing.

I danced to Sparky's calling a number of times over the years, and want to share a couple of my favorite memories.

At one dance he called for Chi-Town Squares, he finished up a figure with "promenade until you're straight". He was confused when we didn't stop at home but kept promenading, and then he got it. He laughed along with the entire floor.

Sparky never had cause to visit the LGBT bars around Broadway and Halsted Streets in Chicago, so he probably wasn't intending to be funny when he sang "They say the girls are something else On Broadway." The dancers, familiar with the bars and the Chi-Town She-Devils, laughed a lot.

Sparky told a story of being audited by the IRS. They objected to him taking a business deduction for square dance caller clothes, saying that clothes are clothes and he could wear them anywhere, any time. He made an appointment with an auditor, and came into the office in full regalia, a vest or shirt covered with red, white and blue sequins, huge cowboy hat, and more. They allowed the deduction.
— Rick Simkin[2]

Retrieved from "https://iagsdchistory.mywikis.wiki/w/index.php?title=Lloyd_%22Sparky%22_Sparks&oldid=23649"
Categories:
Cookies help us deliver our services. By using our services, you agree to our use of cookies.